There are a million and one examples on the internet of brands F-ing up. So we’re always happy when we find an example of a brand who is doing it right. Beco Baby Carriers recently received some complaints from parents in the babywearing community that two of their carriers had patterns that were offensive to Native Americans. They felt that the ‘Woodland Trail’ pattern and the ‘Teepee’ print name were culturally insensitive and served to appropriate Native American culture.

Rather than simply ignore these concerns or worse, issue one of those we’re sorry you’re offended #SorryNotSorry apologies, Beco pulled the Woodland Trails pattern and has renamed the Teepee print to Steps. But that’s not all. They posted a heartfelt apology on their site and listed the steps they are taking to continue to become more culturally aware and inclusive.

Here’s a company who is really showing their commitment to their community – all of their community. They weren’t afraid to admit they were wrong and they know that building an inclusive community doesn’t end with a simple apology. They’re walking their talk.

#ProTip Showcasing diversity not only improves your bottom line, it’s the right thing to do.

Diversity is a hot-button issue. The country is moving towards a more multicultural environment, with diverse audiences possessing significant buying power. It’s important for brands and marketers to recognize this immense potential. Embracing diversity is not only the right thing to do; it’s also the best decision you can make for your business. Ignoring diversity means you’re leaving money on the table. While many brands recognize they should be embracing diverse audiences, there is also a disconnect in the “how” of it. No one wants to feel like they’re being exploited at the hands of some marketing department; instead, we want to feel like we authentically belong to a larger community. How do you walk the fine line?

DO find a natural fit: Tommy Hilfiger was recently quoted as saying that he made the mistake of chasing a trend when he changed his marketing to cater primarily to urban hip-hop culture. Because of this, he forgot what his brand was truly about, and when influencers in the hip-hop community abandoned Hilfiger in favor of creating their own brands, he was left with a severely altered brand and no one to sell it to. Hilfiger’s problem was that he didn’t approach his marketing in an authentic way. He equated hip-hop with African-American and went after that population, rather than looking for the people of color who would have worn his clothes or been attracted to his clothes in the first place. Don’t force your round brand into a square hole. Look for a natural fit.

DON’T flip-flop: Unfortunately, building an inclusive audience can sometimes be met with criticism or ignorance. Stand strong in your conviction. A recent Honeywell commercial drew sharp criticism for including same-sex couples. Instead of backpedaling or softening their stance, Honeywell released another commercial, doubling down on their position that love is love.

DON’T make sweeping generalizations: The social media team over at ABC got into some hot water recently when promoting their new show, Fresh Off The Boat. They tweeted the image below along with the copy, “The world is full of different hats.” While the message is true, the approach was not the best. They received a lot of backlash for basically reducing different ethnic groups down to their most basic stereotype.

In the end remember to start small with what you have. Maybe it’s using more diverse imagery in your advertising and branding or maybe it’s specifically reaching out to influencers within a more diverse population who are already using your product. Focus on who is already using your products and why. And then communicate with them in exactly the way they want to be spoken to. Invite them on in.

Read more of our thoughts on diversity, marketing and creating inclusive communities on the Productive Flourishing blog.

Game of Thrones is releasing a Hip Hop mixtape. We’ll give you a moment to let that sink in.

Apparently HBO is looking to appeal to a more multicultural crowd – GoT’s current viewership is 76% white – and felt that releasing a mixtape with some of hip hop’s biggest stars would do the trick. We have a few issues with this “strategy”:

HBO’s attempt to connect with multicultural audiences falls flat on its face. And for that, we are not impressed. 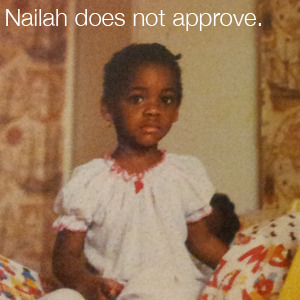 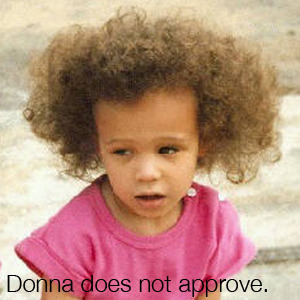 Here’s a great article summing up the marketing move, featuring some tweets expressing their frustration (look closely, you may see a familiar face)

And hey, HBO, the next time you’re looking to market to a multicultural audience, holler at us. We know a thing or two about creating inclusive communities online that are authentic and gimmick free.

No seriously, give us a call.